New audiobooks in the works 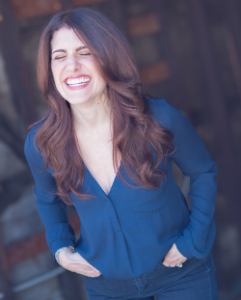 At 17-years-old, Jodie, an east coast gal now living in the LA sunshine, almost became a cardiologist. Thank god NYU’s Tisch School of the Arts accepted her early with a pretty substantial scholarship. So… Jodie cancelled her 2nd interview at Brown ‘s Pre-Med Program and moved to NYC. The Village was her new home, Washington Square Park her campus and Stella Adler Conservatory became her training ground.

She worked consistently in the NY theater/musical theater scene for years with many renowned composers and directors. She played leading roles Off-Broadway in new musicals and plays at the York Theatre, New World Stages, Atlantic Stage & The Barrow Group to name a few.

Once she landed a recurring role on One Life to Live, her on-camera career in commercials, TV, and film began. She has worked on TV shows including Modern Family, Never Have I Ever, The Baxters and All My Children. She recently completed a film directed by Ali LeRoi, The Obituary of Tunde Johnson. A short film she did with up-and-coming director, Tiffany Kontoyiannis, Non-Disclosure,was an official selection at Cannes Short Film Corner. Jodie is also an audiobook narrator with 40+ books under her belt and is an Audible Approved Producer.

As a producer, she tells female-driven stories that raise consciousness and connection through the lens of truth. Her first feature film got distribution by Cinedigm and Random Media. Currently, she has a feature in development which will be in pre-production the fall of 2020. She has two TV series on her slate that she is in the process of developing and pitching.

For the past 12+ years, she’s also been educating actors, artists, directors and producers on building a business plan through branding, marketing, crowdfunding and sales fundamentals. She’s taught workshops on all the above at SAG-AFTRA, Actors Equity, The SAG Foundation, Comicon, Comikaze and over 50+ universities and training programs.